Way back in 1995 I worked as an assistant in a general store ("Gene's") opposite Bramall Lane football ground. During still periods I would gaze over the local Star newspaper. In one issue there was a pamphlet advertised 'Inner City Round Walk of Sheffield: A 6 part exploration of urban Sheffield by Terence Howard'. I sent off for it and still 20 years later I am following its routes.

I want to call it a ''Not' The Sheffield Round Walk' (a well known city walk which takes in Sheffield's green spaces). It's a great walk of urban and suburban Sheffield which takes you around the city to look at and compare architecture with environment and hopefully provides an understanding of Sheffield history and past economies. I've completed it several times with my partner and seeing the shift in cityscape over the past 2 decades has been fascinating and at times disturbing as the industrial 20th century city changes as it tries to deal with the needs and impositions of the 21st century.

‘Inner City Round Walk of Sheffield’ (1996).
A 6 part exploration of urban Sheffield by Terence Howard.
ISBN: 0952293412
Illustrations by Dan Sumption and Gill Howard.

(Click on the images to see them in better detail.) 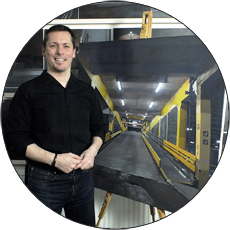